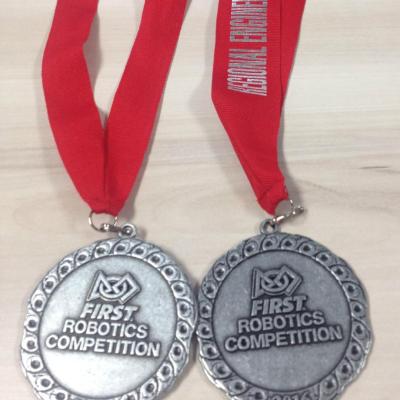 After some serious nail-biting during competition at a regional event in Windsor, the Raiders Robotics team from H.B. Beal Secondary in London, Ontario is going to the World FIRST Robotics competition in St. Louis, Missouri in a few weeks after placing second overall!

Our own TR Robotics Mentor and our Technical Services Lead, Kevin Condorato, tells the story in his own words.

We competed at the Windsor Essex Great Lakes Regional Championships this past weekend and let me tell you….it was an experience that I will never forget!
Thursday - Practice
The emotional roller coaster began on Thursday during the live trials, this is when we get field practice time for tuning and driver familiarization.  The robot and drivers were excellent; however, we noticed that our gyro sensor (used for robot orientation control) was off by a few degrees, which increased the possibility that we could miss an important shot during the autonomous portion of the match (first 15 seconds). Maximum points are gained by programming the robot to drive over an obstacle, navigate to your opponents tower and fire a boulder (nerf ball) through the tower.   It turned out that as the robot sat on the field waiting for the match to begin, the sensor heated up and its output drifted accordingly.  We added a line of code to reset the gyro the instant the autonomous period began. 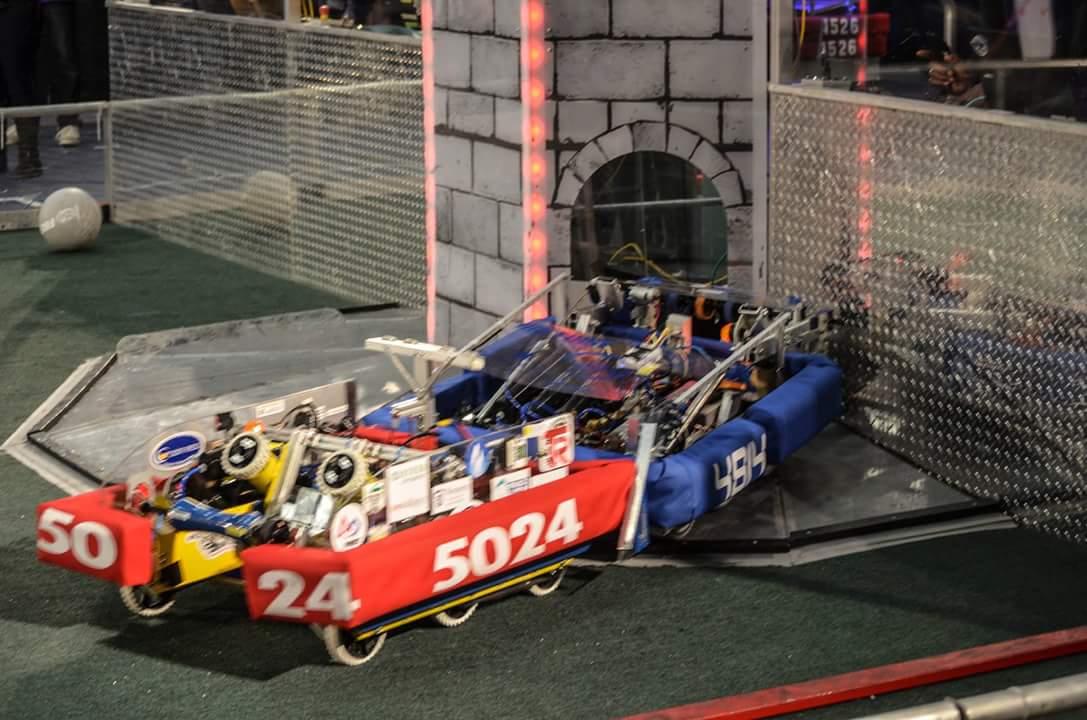 Friday Qualification
We are all feeling good for our first qualification match.  The bell rings and the robots are off…..except for ours….it was dead on the field.  What was going on?  We rushed the robot back to the pit area and went over everything with a fine tooth comb, but everything was in order.  We took out the line of code that we put in the night before thinking that something was not right with it.
Bell rings for qualification #2 and……same…dead robot……at this point some of the younger kids are in hysterics.  Everyone is looking at the Seniors, mentors and teachers to fix this.  We replace some fuses and contact switches, test the robot in the pit and everything still seems ok. 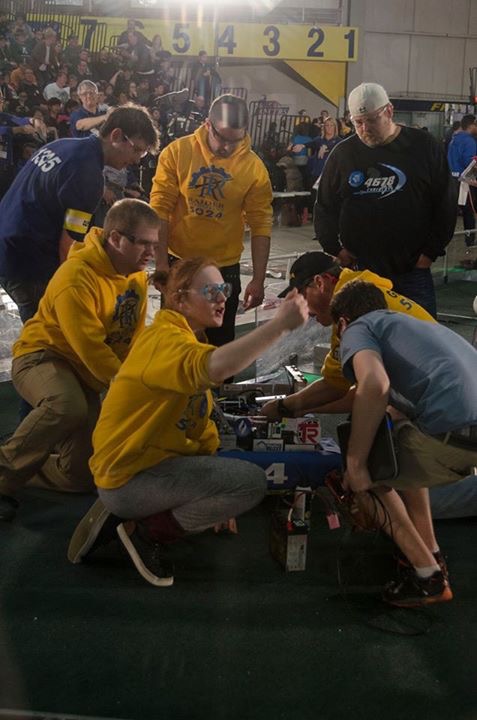 Bell rings for qualification #3 and….again…dead robot.  Now some of the kids are crying and the mentors and teachers feel sick to our stomachs.  Even the FIRST Field Engineers are not sure what is going on and we have programmers and engineers from many of the other teams (our competitors) coming to offer assistance.  This is the beauty of this competition, teams rush to help whenever you need it, programming assistance, parts, or tools.  It is amazing to see students working together even though they may be competing against each other in the next round.  Team 2056, a 16 time Regional Champion, pin pointed the issue with our code.  This exact same thing happened to them 3 years ago.
Qualification #4.  We are in 52nd place out of 52 teams.  Bell rings….robot springs to life, navigates to the tower, fires the ball and BULLSEYE!!!  Everyone absolutely loses it!!!  Drivers take over after 15 seconds and take the robot to its first victory. 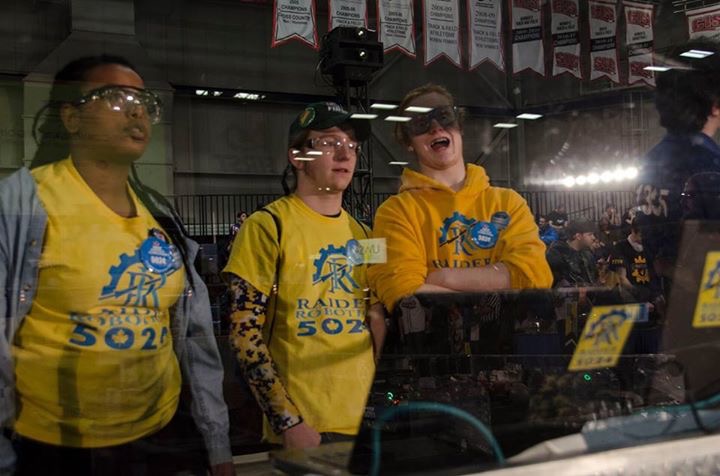 Saturday – The Big Day
The team just keeps winning match after match.  We end up climbing to 16th place after the final qualification round.  Had we performed in the first 3 matches the way we did in the last 7, we would have been in 3 place.  Not to worry, the top 8 teams have to pick two partner teams because we always compete in alliances of 3 teams; 3 on 3 game play.  All of the teams scout other teams performance throughout the tournament and run statistical analysis and match predictions to determine who they want to pick in the event that they are one of the top 8 teams.  The best teams would certainly notice that we were undefeated in all of our “operational matches”….we hoped.
We were selected by the second place team to compete alongside them and remained undefeated through the quarter and semifinals.
Finals
It was our alliance against an alliance that was captained by non-other than team 2056, the same team that helped us get up and running; what irony.
Team 2056 is a power house team and their alliance members were also very prominent teams.  We won the first of three matches and almost took it all, but 2056 won the final two (not by much)….we were so close!
Silver Medalists, second only to the team that saved us.  What an amazing finish. 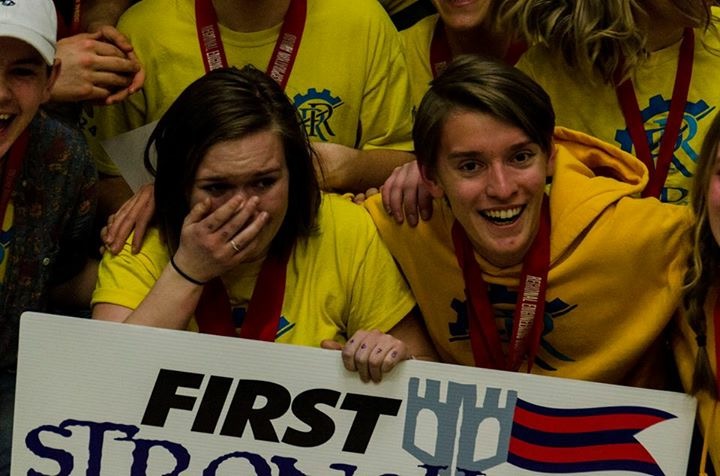 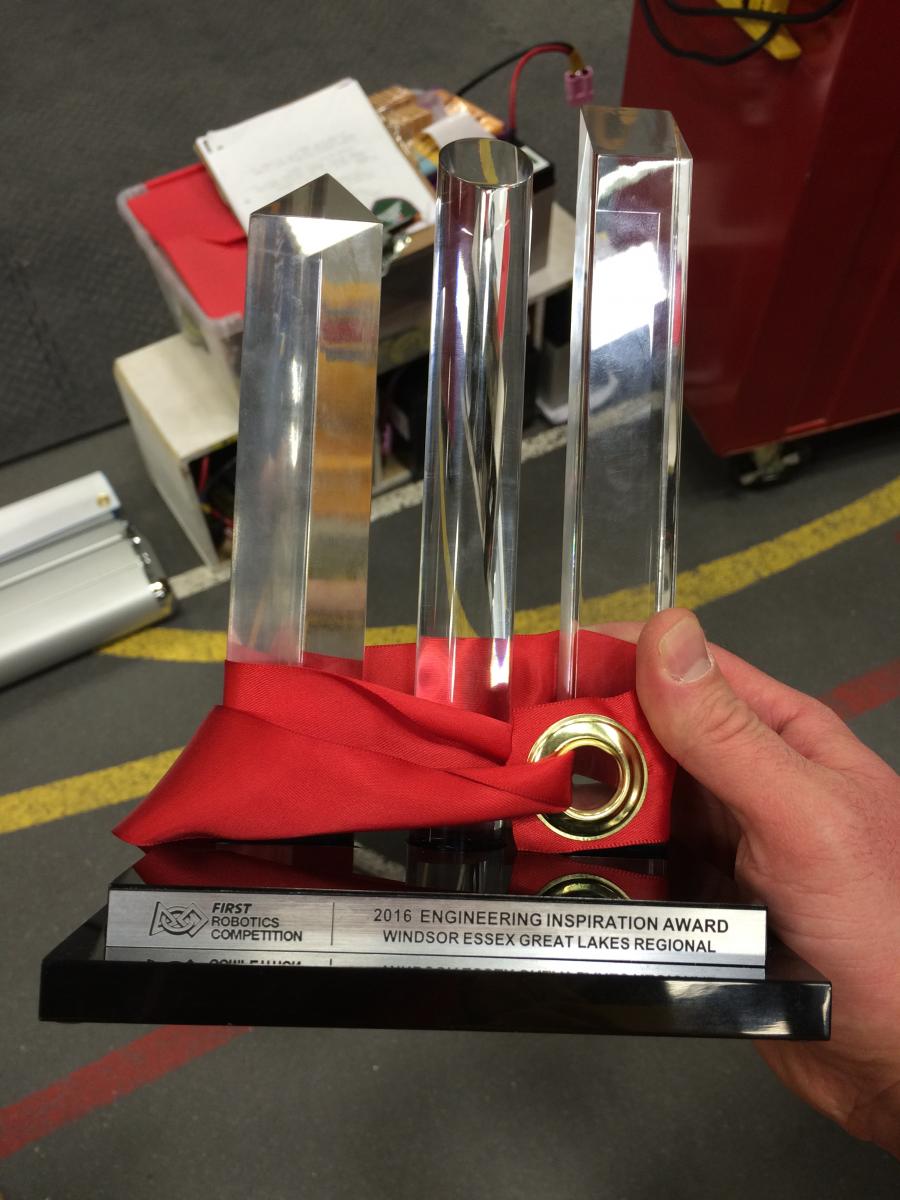 This award means that WE ARE GOING TO THE WORLD CHAMPIONSHIPS!!!!!
Thank you to all of you who donated to the team by providing scrap electronics last year.  This was one of the many community outreach programs that helped us win. 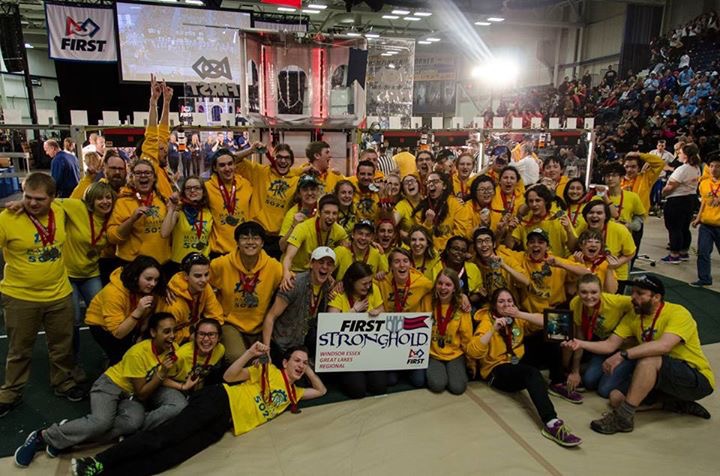 “The entire Raider Robotics Team including the students, mentors, teachers and parents would like to thank TR Electronic for all of the support you have provided” – Raider Robotics.
World Championships in 2 weeks.  Wish us luck!
Community