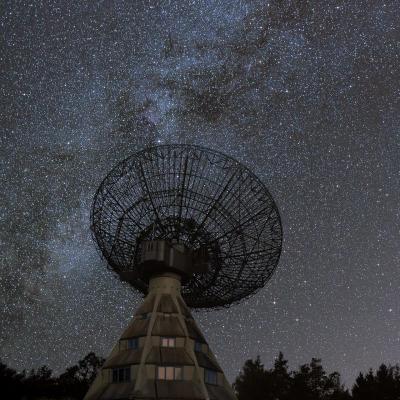 Astronomers are trying to decipher sound waves that some believe could be messages from other galaxies after a radio pulse – also known as a Fast Radio Burst, or FRB – was detected and located by a radio telescope.

FRBs are short pulses of radio waves that come from locations across the universe. Eighty-five pulses have been recorded since 2007, but a recent detection included the identification of the sound's origin,and was confirmed by radio telescopes located in Australia, Chile and Hawaii. With the assistance of encoders that increase accuracy of motion and angular control for precise locating, the radio telescopes pinpointed the pulse to a location 3.6-billion light-years away, and to a galaxy of similar size to the Milky Way.

Astronomers are seeking to discover the cause of the FRBs, which are altered by encounters with matter as they travel through space. The ability of sensitive radio telescopes to accurately determine the origin of the pulses is a step forward in determining whether the pulses are caused by neutron stars, other galactic phenomena, or even from an advanced civilization.