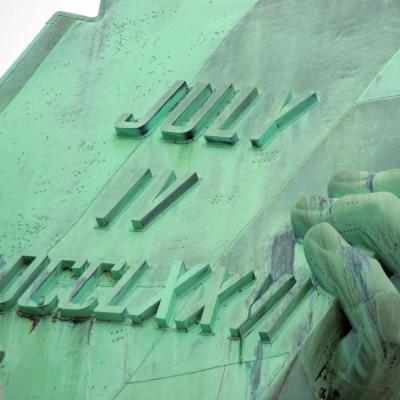 Did you know that the Fourth of July isn’t really America’s Independence Day?

Sure, every year, there are concerts and family get-togethers and decorations and fireworks to celebrate America’s freedom on July 4th, claiming to honor the day of the signing of the Declaration of Independence in 1776. But, despite the pomp of the annual celebrations that claim to mark the day America gained its independence from the British rule, the fact is that America was still made up of British colonies on July 4, 1776 – and remained so for years to follow.

There are a few reasons why July 4th isn’t the true day of America’s independence. Continental Congress voted in favor of independence on July 2nd, and President John Adams believed that July 2nd would become the recognized holiday. It was on that day that the first draft of the independence document was drafted. Congress approved a revised version on July 4th, and while some members signed the document that day, not all members did. The final reading of the declaration occurred on July 8th, and some members who were present at a meeting on August 2nd signed the document that day. Secret Congress journals published in 1821 indicate that delegates from New York did not agree to sign until July 15th, and other members signed in August. While there seems to be an assumption that a ceremonial signing of the document took place, and that the date of this signing is celebrated annually on “Independence Day,” no such official or ceremonial event took place.

Although Congress asserted their desire and plans for independence from British rule, it was ignored by King George III, and the Revolutionary War continued. The King made no mention of the existence of the Declaration of Independence until October of 1776, and America didn’t officially become an independent country until the signing of the Treaty of Paris, which ended the war and separated the colonies from Britain, on September 13, 1783 – more than 7 years after the writing of the declaration. The “beginning” of independence, not its official achievement, is what is celebrated on the Fourth of July each year.