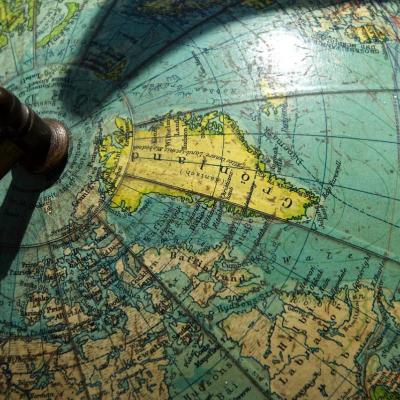 Greenland sounds like a beautiful land covered in lush greenery, doesn't it? But the name is ironic, because the land on the world's largest island is covered almost entirely with ice.81% of Greenland is covered by the Greenland Ice Sheet – a mass of ice that contains approximately 2.85 million cubic kilometers of water and covers 1,710,000 square kilometers. If the ice sheet melted, the sea level would rise by around 24 feet. The island boasts one of the highest shares of renewable energy in the world at 70%, mostly from hydropower.Various Inuit tribes were the original inhabitants of Greenland, until Norway's Erik Thorvaldsson (Erik the Red) became the first European settler and, in an attempt to attract more settlers to the area, named the area Greenland to make it sound like a desirable place to live. Find out why the area is called Greenland despite its ice-covered terrain.